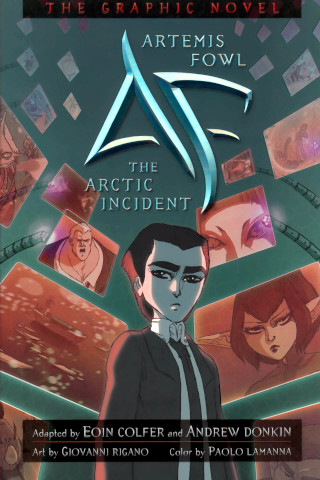 Preview of Artemis Fowl: The Graphic Novel (from goodreads)

Down in the underground world, chaos has arisen. An unknown traitor has stolen forbidden weapons and armed a horde of trolls, setting them loose to wreak havoc on the citizens. Clues lead Captain Holly Short straight to Artemis, and she exacts a small bit of revenge by kidnapping him, just as he once kidnapped her. But soon she learns that Artemis isn’t behind the chaos, and if she’s to have any hope of stopping it, she will need his help. As a result, these onetime adversaries must now join forces — a mix that proves to be both charming and volatile.