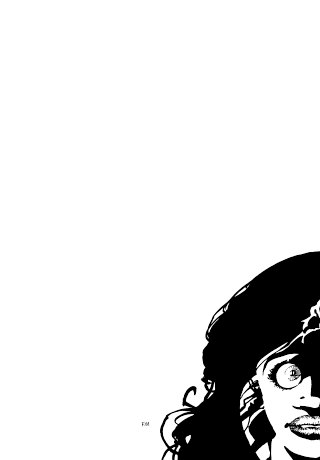 Sin City Volume 7: Hell and Back is the 7th and final issue of the successful comic noir series Sin City. Written and illustrated by Frank Miller, it was originally released as a limited-issue series between 1999 and 2000.

The story in Sin City Volume 7: Hell and Back focuses on a unique character named Wallace, a war hero turned an artist and part-time cook. After saving her from a suicide attempt, Wallace and Esther develop a special relationship. However, that relationship does not last long when Esther is kidnapped. The possible suspect behind this mess are the Colonel and Liebowitz.

On his effort to find and save Esther, Wallace has to deal with some dangerous people. Following his encounters with the drug wizard named Maxine, he wakes up in the Santa Yolanda Tar Pits. Maxine and his ging plan to leave him drown in the pit and Maxine gives Wallace a strong hallucinogenic drug.

In his unconscious state, Wallace has surreal and weird visions. He sees the Captain who transforms into numerous characters from King Leonidas, Captain America, John Rambo, and Dirty Harry.

After surviving the pit and the hallucinogenic drug, Wallace continue his attempt to find Esther. His investigation and pursue lead him to the powerful figures of Basin City, the Colonel and Liebowitz. To save the woman of his life, Wallace will have to deal with them.

Preview of Sin City Volume 7: Hell and Back by Frank Miller (from Dark Horse Comics)

In the Town Without Pity, good men are hard to find. Enter Wallace, a man of mystery. He’s a nice guy who’s very good at killing people. Out for an evening drive along the beach, he meets the woman of his dreams-and she’s trying to kill herself. Why? And who are the shadowy cabal of power brokers who wrench her from his arms? When will all hell break loose? Comics legend Frank Miller, creator of the groundbreaking Batman: The Dark Knight Returns, pounds out his longest S in City graphic novel to date-a bare-knuckle barrage of brutal action, dark secrets, and heroic sacrifice. What the hell-it’s a love story! The most recent story in Miller’s gritty crime saga, Hell and Back includes color sections and pinups by a who’s who of comics luminaries.