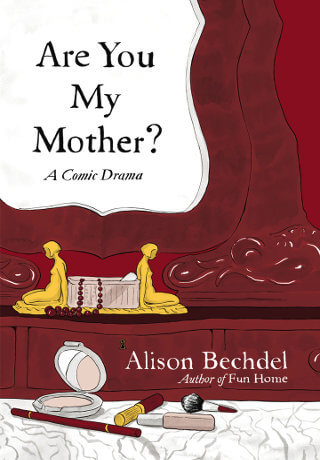 First published in 2012, Are You My Mother by Alison Bechdel is a beautifully written and illustrated memoir graphic novel. The work is a complementary piece to Bechdel’s earlier work, a very successful graphic novel, Fun Home: A Family Tragicomic. The book has successfully won the Lesbian Non-Fiction category in 2013 Judy Grahn Award and also Goodreads Choice Awards Best Graphics Novel and Comics.

There are seven chapters in Are You My Mother by Alison Bechdel graphic novel. Bechdel opens and introduces each of the chapters introduced with a description of a dream she had. Using psychoanalysis, she makes interpretation of the dream. By going forward and backward in the time frame, she explains her interpretation in the context of various events in her life. It goes back as far as a time before she was born to the editing period of the book.

With this graphic novel, Bechdel makes an effort to grasp the relationship she has so far with her mother. Her mother is also an interesting character, she is an unaffectionate amateur actor and she has a family from her marriage to a closeted homosexual. There are numerous scenes picturing Bechdel’s visits to some psychologists in her later life stages and it more or less shows how in her adulthood she bears some kind of a troubling mark she got from her childhood.

Below are the list of chapters of Alison Bechdel’s memoir graphic novel Are You My Mother?: A Comic Drama